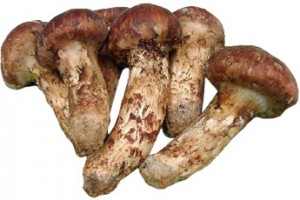 DAY 01: ARRIVE PARO TO THIMPHU
The flight to Paro is one of the most spectacular mountain flights in the world, with a constantly changing panorama of some of the highest mountains on earth. Our representative will meet you at Paro airport exit doors following customs formalities.After lunch enjoy afternoon sightseeing around Paro, including a visit to the Ta Dzong Museum housing many religious relics, works of art and handicrafts offering a great orientation into Bhutan’s historical, cultural, and religious past. Next, visit the Rimpong Dzong to see the painting of the great saint Milarepa, considered as the master of meditation by the Bhutanese and believed to have attained enlightenment in a lifetime. Dzong’s are large monasteries and district administrative centres, which were once strategic forts. Afterwards, drive to the capital, Thimphu (1.5 hours) following the Pachu River. Before dinner at the hotel there will be an orientation on Bhutanese etiquette by your guide. Overnight at your hotel in Thimphu.

DAY 02: THIMPHU
After breakfast, drive to Tashichhodzong to attend the Thimphu festival. You will see locals dressed in their finest clothes who have walked from miles around to attend the festivities. They come to watch masked dances, to pray, and to feast. While the underlying purpose of the festival is spiritual, dances are more often like plays, telling stories where good triumphs over evil, or depicting significant historical events, especially surrounding the life of Bhutan’s patron saint, Padmasambhava (also known as Guru Rinpoche). There is inevitably a great deal of socialising as well.Tashichhodzong, the fortress of the glorious religion’s. Initially erected in 1641 by Shabdrung Ngawang Namgyal, it was rebuilt in the 1960s during the reign of Bhutan’s third king in the traditional style, without plans or nails. Tashichhodzong houses some ministries, His Majesty’s secretariat, and the central monk body. Overnight at your hotel in Thimphu.

DAY 03: THIMPHU TO TRONGSA
Drive from Thimphu to Trongsa (7-8 hrs) over the Dochu-La pass (3,100m) and Pele La pass (3,420m) on the Black Mountain range. Enroute visit beautiful Chendebji Chorten. The Chorten was erected in the 18th century. The imposing Trongsa Dzong can be viewed across a deep canyon to signal your approach to the town around a curving road. Trongsa is the ancestral home of Bhutan’s ruling dynasty. Stroll around the town in the evening.

DAY 04: TRONGSA TO BUMTHANG
Visit Trongsa Dzong, a masterpiece of Bhutanese architecture. Trongsa is the largest Dzong in Bhutan. The foundations of Trongsa Dzong were laid in the 16th Century and there are now 22 temples in the complex. The view from the Dzong is spectacular and one can see across the impressive landscape for many miles. In the old days, it was the vigilance point for both the eastern and western trade routes, thus a strategically important Dzong.Also the Ta Dzong museum located on the hill overlooking the Trongsa Dzong. The museums main focus is on the history of the monarchy, and is dedicated to the coronation and centenary celebrations of the Bhutanese monarchy with very rare and precious artefacts on display. These include statues built in the 17th century, to the first King’s Namza (dress), the Raven Crown and Sword of Trongsa Penlop Jigme Namgyal and the 3rd King.Afterwards, proceed to Bumthang (2.5 hrs), one the most spectacular valleys in Bhutan and also the spiritual and historical heartland of the country. The road winds steeply up to Yo Yutung La Pass (3,400m) before descending down through dense coniferous forest to Chummey valley. From here it is about an hour to Jakar, Bumthang’s main township.Bumthang is home to some of Bhutan’s oldest Palaces, Buddhist temples and monasteries. The valley’s barley fields, apple groves and meadows lay below huge hills which climb up towards the Himalayan mountain wall separating Bhutan from Tibet. The beautiful architecture unique to Bhutan is evident in the many large farmhouses and temples. Bumthang is associated with Guru Rimpoche (Padmasambhava) and with Terton Pemalingpa.After lunch, visit Jakar Dzong, also known as Fortress of the White Bird. It was founded by the great grandfather of Shabdrung. The Dzong was initially built as a Monastery in 1549 but was upgraded after Shabdrung had firmly established his power in 1646. The Dzong is now used as the administration center for Bumthang valley.

DAY 05: BUMTHANG
Enjoy a day of sightseeing in Bumthang beginning with Jampey Lhakhang, one of 108 temples built by the Tibetan King Songtsen in the 7th Century. It was here that Guru Rimpoche conducted his first sermon on Tantric Buddhism for his host King Sendha, the local ruler, his family and subjects. Continue on to Kurjey Lhakhang, famous for a rock within one of the temples that features a body imprint of the great master Guru Rimpoche. The big cypress tree in the temple grounds is believed to be the walking stick of Guru Rimpoche.

Afterwards visit Tamshing Lhakhang, the seat of Bumthang’s famous son, saint Pema Lingpa. He built it himself in 1501. A skilled tantric master and artist, he sculpted the main statues and painted the frescoes, some of Bhutan’s oldest which can still be seen even today, mostly in their original state. There is also a chain mail made by Pema Lingpa that devotees carry and circumambulate the inner sanctum to cleanse sins. Overnight at your hotel in Bumthang.

DAY 06: BUMTHANG
Visit the Masutake Festival heralding the start of the mushroom season, held in the beautiful Ura valley. The season brings the opportunity to sample some truly delicious masutake meals, songs and dances together with the locals and to develop a deeper understanding of the village life. Learn to identify the legendary mushrooms as you embark on mushroom picking excursions in one of the most beautiful valleys in Bhutan.

DAY 07: BUMTHANG TO GANGTEY (PHOBJIKHA VALLEY)
Start early today for Gangtey, about 6 hrs from Bumthang. Farmhouses and temples dot the landscape and you will see local farmers wearing the traditional woven bamboo hats of central Bhutan. The wide and picturesque Phobjikha valley is one of Bhutan’s few glacial valleys, and chosen winter home of black necked cranes (November to March) migrating from the Tibetan plateau. Visit Gangtey Goempa (Monastery), the only Nyingmapa monastery in western Bhutan. Overnight at your hotel in Phobjikha.

DAY 08: GANGTEY (PHOBJIKHA VALLEY) â€“ PUNAKHA
Morning visit to the Black-Necked Crane Centre before departing for Thimphu (approx 3 hrs). From Gangtey the road gradually descends into the balmy Punakha valley. Remainder of day at leisure. Overnight at your hotel in Thimphu.

DAY 09: PUNAKHA TO PARO
Morning visit to Punakha Dzong, the Palace of Great Happiness built in 1637 by the Shabdrung, the â€˜Unifier of Bhutan. It is situated at the confluence of the Mo Chu and Pho Chu (Mother and Father Rivers) and is the winter headquarters of the Je Khenpo and hundreds of monks who move en masse from Thimphu to this warmer location. The three story main temple of the Punakha Dzong is a breathtaking example of traditional architecture with four intricately embossed entrance pillars crafted from cypress and decorated in gold and silver. The inside walls are covered with elaborate murals depicting the teaching of the Buddha. It was here in 1907 that Bhutan’s first king was crowned.

After some lunch visit 15th century Chimi Lhakhang, temple of Drukpa Kuenly who is also known as the Divine Madman. He inherited the Divine Madman title since he revolted against the orthodox Buddhism of his time. He is considered a symbol of fertility and many childless couples go to his temple for blessing.  Afterwards proceed to Paro. Overnight at your hotel in Paro.

DAY 10: PARO
After breakfast hike to Taktsang Monastery. The walk of approximately 1.5 to 2 hours uphill takes you almost a kilometre above the Paro valley floor (for those who cannot hike we will arrange a horse for transfer up to cafeteria). The view of Taktsang Monastery built on a sheer cliff face 900 metres above the valley floor is a spectacular sight. The Monastery is also an important pilgrim site for the Buddhists. The great Guru Rimpoche is said to have flown here on the back of a tigress when he brought the teachings of the Buddhist Dharma to Bhutan in the 8th Century. Nearby there is a teahouse where you can stop for refreshments before returning to Paro for lunch.

In the afternoon drive to the ruins of the 17th Century Drukgyel Dzong, built to commemorate a victory against invading Tibetans in 1644. In fine weather the towering peak of the sacred Mount Jomolhari (7314m) appears as a stunning backdrop. On the return drive to Paro, visit 7th Century Kyichu Lhakhang, one of the 108 temples constructed by the Tibetan king Songtsen Gampo.

Alternatively, day 10 could be spent on a day trip to the Haa Valley, one of the most picturesque districts in Bhutan. Reached via the beautiful Chelila Pass, Haa Valley is characterised by its surrounding rugged and mountainous terrain. Overnight at your hotel in Paro.

DAY 11: DEPART PARO
Breakfast in the hotel, then drive to the airport for flight to your onward destination.
Tashi Delek!